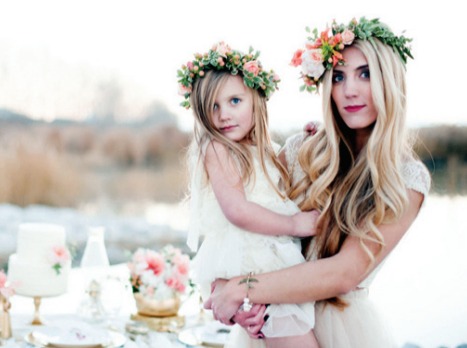 T he relationship between a daughter and her mother is very powerful and second to none. How a woman sees herself, how she is in her adult relationships with a partner[s], and how she mothers her own children, is deeply influenced by her relationship with her own mother, which can affect her health and self-esteem too.

The time you are going to start having major problems, nay, concerns with your daughter will be around adolescence. Adolescence is a very testing time for children and their parents alike. Fortunately this wild swing from closeness to remoteness usually lasts until the daughter reaches adulthood. If the mother and daughter can hang in there during adolescence, the relationship moves to a different level and becomes more of a rewarding friendship. And then the daughter gets a job, become independent, may be move away from home and do the adult things in life. There’s a need to grow up and the relationship has a paradigm shift.

The relationship changes again when the daughter has children. There’s a greater level of understanding and depth of responsibility that a mother have to her daughter.

Needless to add that mother-daughter relationships are not just a plain vanilla. They can be complex and diverse too. Some mothers and daughters are like best friends. Others may be, talk once a week on a phone. Some see each other on week end; others live in different states or countries. Some live together and even share difference of opinion regularly. Some avoid conflict. Others talk through everything. Laconically, there’s a hint of all these things in most relationships.

Mothers are always very frank with their daughters and may be vice versa. There are ups and downs in this relationship also, no matter how positive or otherwise the relationship is. Daughters normally have the following serious concerns about their moms:

They are born best friends :

So, is your mum your best friend and helper of the first and last resort. I am sure every daughter will agree that no one cooks as willingly or as beautifully as her mother. No one is as sweetly appreciative of her and her children. In short, no one loves a daughter, the way she does. This relationship is so close that mother and daughter even swap clothes/valuables.This catrgory of mother remains gleefully involved in various aspects of her daughter’s life from which most of us kindly shield our parents. They go clubbing and shopping together. They gossip daily and live awfully close. There is nothing wrong in a mother to treat her daughter like a friend.

There is nothing wrong and unhealthy about loving your mum a lot and wanting her around, but a daughter cannot be forever in a child relationship with her parent.

A mother must remember that she is in a supportive, parental role. And her daughter need to live her own life, in her own generation. She need space in her life for her own partner/ husband and kids and other friends.

Best friend mothers, can be too involved in daily life of their daughters, which daughters do not like. To have a fulfilling relationship with a daughter and daughter with her husband/ partner, a mother needs to take a supportive back seat in a daughter’s life.

To move away from your parents and live your own life is normal for a daughter. If you keep in touch once a week, for many daughters that works well but mother may prefer to live with or nearby in the same city, though exceptions are there. These women have a good relationship but the daughter values her independence and is selective -in sharing with her mother- the events happening in her life on daily basis.

In this relationship both cannot live with each other and can’t live without. In this situation, small battles are on. But both survive as their love is proven towards each other . Such type of mother have a vision that her daughter could cook , read watch TV and have adventures with her. But the beauty of the relationship is they can argue, make up and still love each other.

If a daughter is working, having her mother looking after her children is a lovely way of organising childcare and is working amazingly well. The mother is pleased to be involved and enjoys time with her grandchildren. The daughter enjoys the free babysitting. However, these mothers can occasionally feel unappreciated by their daughters who are prone to occasionally take advantage, though by default or compulsion. I have heard grannies complaining that they are getting too old for this. They are exhausted , nervous and do feel daughters takes them for granted. Another hurdle in this type of relationship is, if the mother starts to dominate or take over and the daughter resists imposing of her parenting values, then conflit happens.

Mother or daughter- there is always a room for improvement:

Whatever the relationship between a mother and daughter, there is always a room for improvement. Here’s how to enhance this pious relationship and negate on misunderstandings.

Lack of communication is a common challenge with mothers and daughters. Each of them should know how the other one feels. They should not communicate harshly, which causes hurt feelings that take time to go away. A mom should treat her grown up daughter like an adult. For mothers children are children, even if they are mothers themselves. They always worry about the safety and wellbeing of their daughters. Both should not allow difference of opinion to block the communication. Don’t wait for the other person to make the first move. Have the bonding back on the rails of normalcy as soon as possible.

Instead of finding faults with others, we should change ourselves. That is 100 percent in our control. Many think that the only way to improve a relationship is for the other person to change their ways. This is not a correct approach. When one person initiates a change, the other follows suit. Be an active listener: Instead of assuming, you already know, be an active listener. Positively, reflect back on what the other person is saying. Try to understand the core message. Hold your nerves. Remember, temper is a valuable possession, do not lose it. Love and respect the person, we can hate the bad comment.

The proven method for a healthy relationship to continue is, not in avoiding a conflict, because conflict is inevitable. The remedy is to deal with it head on. This applies to mother and daughter relationships too. Not resolving a conflict can have negative consequences. There is no logic to be in a tug of war with your mum or daughter. Show empathy by putting yourself in her shoes: In case, you are a daughter, think of your mom as a woman with her own story of life, her own wounds and hurts who was born and raised in a different generation with different values and difficult family relationships and issues. As such, address your mom or daughter’s feelings with empathy and offer an acceptable solution.

Learn to forgive each other’s mistakes:

Weak people revenge. Strong people forgive. Wise people ignore. Forgiveness is the key for wellbeing. A daughter have to forgive her mom- being wrong- in order to be healthy. The power of forgiveness is really for the person who forgives not the recipient. Forgiveness repair the damage quickly. For a daughter, there is no one more special than a mother to forgive. Never forget that your mother is on the wrong side of age, being too old. The mother, being more mature is expected to be equally responsive and up to the mark.

Moms and daughters disagree on many topics, such as marriage, parenting and career. And they usually try to convince the other to change those opinions. Moms feel threatened and rejected that their daughters are making different decisions. Daughters think their moms disapprove of them and get defensive.

Live in the present:

Moms and daughters should avoid bringing up old gripes from the past and try to focus on the present. Avoid sarcasm as it is easily misinterpreted, causes hurt feelings and takes you further away from solution. Do not involve third parties: It’s common for mothers and daughters to bring someone else into their conflict. A daughter might involve dad because mom is driving her crazy. Mom might involve her sister because she feels like she can’t talk to her daughter. Either way, it is always better to talk directly to the person.

Women talk more than men. Talk is like a gorilla glue that holds a relationship together, for both of them. But, too much talk is fraught with a risk of imposing on each other. Moreover, it’s important, as a mother, not to offer advice or criticism-especially about appearance-unless you are asked. Do not forget the power of praise. Mothers crave this stamp of approval from their daughters.

For a thumping majority, the mother-daughter relationship is finally fulfilling. Despite conflicts and complicated emotions, 80 to 90 per cent of women, in a survey, reported a good relationship with their mother. It is normal and really healthy for moms and daughters to have disagreements, subject to a stipulation that they have a redressal mechanism in place. Both should try spending time in talking and doing things. Go out for a lunch or shopping or getting their nails done more often. 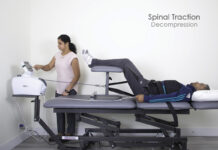 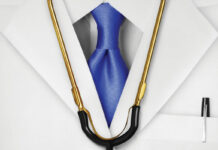 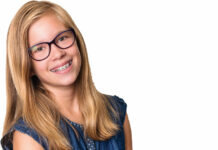